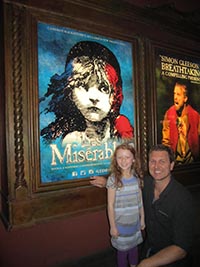 Kiera is a 9 year old Musical Theatre student studying at Menai Music. Since day one Kiera has shown a natural star quality that few of her junior age posses.

Over her 3 years with Craig Kiera has developed her voice in both style, quality and vocal range to enable her the ability to sing the challenging arrangements found in musical theatre.

On top of her singing coaching she has learnt to play and read piano music. Something that impressed produces when auditioning for the competitive roles in musical theatre.

In 2014 Kiera played her first professional role as an orphan in ‘Annie’ the musical produced by ‘Miranda Musical Society’. Little did Kiera know that one year on she would be cast for a leading role in the world wide production of Cameron Mackintosh’s ‘Les Miserables’ at the Capital Theatre Sydney. Her success for this role as ‘little’ Cosette is a huge mile stone in Kiera’s blossoming career.

After the Sydney shows close Keira is moving to Brisbane for a three month stint with dreams and aspirations to go with the show OS.

It is with much admiration, respect and pride that Craig can say Kiera started with Menai Music. She is not only a rising star but a loving, kind and thoughtful young lady destined for big things! 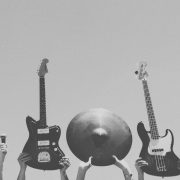